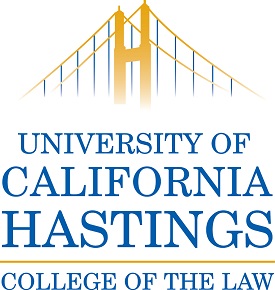 Hastings College of Law, a public school in California, allowed students to form Registered Student Organizations (RSOs). Organizations received funding from the University from the school’s mandatory student activity fund, and are allowed to use the University’s trademarks, campus facilities, and recruit new members during the annual club fair. In order to obtain RSO status, an organization must submit its bylaws to the University for approval and must comply with all of the University’s policies, including the Nondiscrimination Policy. The Nondiscrimination Policy prohibits all groups from discriminating on the basis of “race, color, national origin, ancestry, disability, age, sex, or sexual orientation.” Hastings interprets the policy to mandate that any RSO accept all potential members and allow anyone interested to seek a leadership position in the organization.

In 2004, a group of students founded the Hastings chapter of the “Christian Legal Society” (CLS). The organization was affiliated with a national organization demanding that all members sign a “Statement of Faith” in which they agree to live by certain principles. These principles include a fundamental opposition to sexual activity outside of a heterosexual marriage. The CLS interprets this statement to “exclude from affiliation anyone who engages in unrepentant homosexual conduct.”

On September 17, 2004, CLS applied for RSO status. The University rejected the application, citing the fact that CLS’s bylaws did not conform to the University’s Nondiscrimination Policy, sinceCLS would bar students from joining based on sexual orientation and religious beliefs. CLS requested an exemption from the non-discrimination policy, which the University denied. However, while the University refused to recognize CLS as an RSO, it allowed CLS to use its facilities for meetings and to announce events. CLS operated successfully as an independent organization during the 2004 school year.

On October 22, 2004, CLS filed a § 1983 action alleging that University officials had violated its First and Fourteenth Amendment rights to freedom of speech, association, and exercise of religion. The District Court for the Northern District of California granted Hasting’s motion for summary judgment, finding that the University’s policy of restricting access to a limited public forum through its “all-comers” policy was reasonable and content neutral. The 9th Circuit Court of Appeals affirmed the district court’s ruling.

The Supreme Court granted certiorari and affirmed the 9th Circuit’s decision in a 5-4 ruling. The Court applied a limited public forum analysis and found that Hastings’ policy was reasonable, as it ensured that all educational and social opportunities were open to all students and allowed the University to adhere to the Nondiscrimination Policy without inquiring into the motive of membership restrictions. The Court further reasoned that the policy allowed the law school to bring together a diverse group of students and adhere to state discrimination laws. The Court further found that Hastings’ all-comers policy was viewpoint neutral despite its disparate impact on the CLS. Finally, the Court rejected CLS’s argument that the University’s all-comers policy would open the group up to “hostile takeovers,” finding that the organization could utilize alternate methods to discourage sabotage and that the danger of a takeover was purely hypothetical. The Court remanded the case for to the Ninth Circuit to consider CLS’s argument that the all-comers policy was a pretext for discouraging unpopular speech. On remand, the Ninth Circuit held that CLS failed to preserve the issue for appeal.