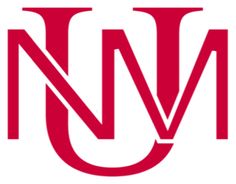 Monica Pompeo was a graduate student at the University of New Mexico. In the Spring of 2012, Pompeo enrolled in a cinematic arts course titled “Images in (Wo)men: From Icons to Iconoclasts.” The course was taught by Professor Caroline Hinkley, and was designed to explore a wide range of themes including “queering representation . . . la femme auteur; transsexual ‘menaces’; and emergent approaches to imag(in)ing experimental and ‘aberrant’ desires.” The syllabus contained a warning that the course discussion “might not make you comfortable,” but also stated that although there was “controversy built right into the syllabus . . . we cannot wait to hash out our differences.”

As part of the course students were required to watch assigned films and write response papers. On February 21, 2012, Pompeo submitted a response paper discussing Desert Hearts, a film that depicts a lesbian romance. In her paper Pompeo discussed her aversion to homosexuality, stating that one character was “still sexually vibrant despite her perverse attraction to the same sex” and that “lesbianism is a very death-like state as far as its inability to reproduce naturally.” She further stated “the film can be viewed as entirely perverse in its desire and attempt to reverse the natural roles of man and woman in addition to championing the barren wombs of these women.” Hinkley asked Pompeo to meet to discuss her paper and returned the paper ungraded, but with several comments including “why is attraction to the same sex perverse? This is a strong statement that needs critical backup. Otherwise it’s just inflammatory.”

In a meeting on March 20, 2012, Hinkley explained that she believed Pompeo’s paper failed to meet appropriate standards to constitute critical analysis. Specifically, Hinkley expressed concern about Pompeo’s “unsupported generalizations about lesbians” that were not “backed up with critical authoritative citations and sources,” and that her paper represented a criticism of lesbianism as a concept rather than the film. Hinkley stated she would allow Pompeo to rewrite the paper to conform to critical standards, but Pompeo responded that the film was “unendurable.” Hinkley responded that the class would view other films that Pompeo would likely find “unendurable” but that she would allow Pompeo to write a paper on another film.

Hinkley alleges that Pompeo was disruptive during the next class, and that Pompeo went on rants that were unrelated to the course material. Hinkley asked the Cinematic Art Department chair, Susan Dever, to observe the next class. Pompeo requested to meet with University officials to discuss her place in the course, as she felt unwelcome due to Professor Hinkley’s criticism of her paper and Dever’s unexplained presence in class. Pompeo met with Dever and Assistant Professor James Stone. Dever told Pompeo that she had used inappropriate language in her paper and that she had offended Hinkley. Dever offered to supervise Pompeo if she decided to complete the course as an independent study, which Pompeo accepted, as she believed that she would not be welcomed back to the classroom. Soon after, however, Dever and Pompeo exchanged emails where Pompeo expressed misgivings about the arrangement, stating that she “felt like she had done something wrong” and had been “quietly removed from the classroom.” On April 6, 2012, Pompeo and Dever met again. At the meeting Pompeo requested to revise her Desert Hearts paper, rather than choose a new topic. Dever asked Pompeo to submit a new draft, but to be mindful of her word choice as she was writing to an academic audience. Specifically, Dever advised Pompeo to forego the use of “perverse” and “barren.” Pompeo responded that she would use the word barren as she did not “like to be told what words [she] may not use, ever.” Dever responded that while Pompeo was allowed to use any words that she wanted in her paper, but “after so much conversation about the word [barren], we know that . . . choices have consequences.”

Pompeo never submitted the paper, and eventually abandoned the independent study after failing to submit any work to Dever. Pompeo stated that she believed that she had no choice but to abandon the Desert Hearts paper. She withdrew from the course because she was unwilling to revise her paper, was disappointed that she had not received a grade on the paper, and was disillusioned due to the “dishonesty” of Hinkley and Dever. Pompeo filed a grievance with the University, and the University refunded her tuition for the course.

On September 3, 2013, Pompeo filed a § 1983 action in state court against Hinkley, Dever, and the University’s Board of Regents, alleging that the defendants violated her First Amendment rights. The Defendant’s removed the action to the District Court of New Mexico. The District Court granted the Defendants’ motion for summary judgment finding that the individual defendants were entitled to qualified immunity as their actions were not contrary to clearly established law  and that Eleventh Amendment barred suit against the University of New Mexico. The Tenth Circuit Court of Appeals upheld the District Courts ruling.