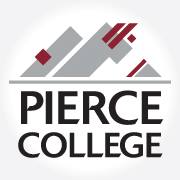 Pierce College is one of nine community colleges within the Los Angeles Community College District. The Los Angeles Community College District has a policy that limits expressive free speech on campus to a “Free Speech Area” that each community college’s president may regulate. Pursuant to this policy, Pierce College restricts students seeking to distribute literature and collect signatures on campus to a 616 square foot “Free Speech Area.” Before an individual may use the Free Speech Area he must report his presence on campus, identify the organization (using the distributor’s name and the organization’s address, and indicate how many people will be involved, along with the date(s) and time(s) of distribution.

Kevin Shaw was a student at Pierce College and the president of the Pierce College Chapter of the “Young Americans for Liberty,” a national libertarian activist group. On November 2, 2016, Shaw and a group of companions began handing out Spanish-language copies of the Constitution and discussing free speech issues with students outside of the designated Free Speech Area. A school administrator approached Shaw and informed him that he and his companions were violating the College’s speech policy by handing out literature outside of the Free Speech Area. The administrator insisted that Pierce follow him to fill out a permit to use the Free Speech Area and told him that if he refused to comply he would be asked to leave campus. Shaw complied and filled out the permit.

On March 28, 2017, Shaw filed a § 1983 action against various Pierce College administrators and the Chancellor and members of the Board of Trustees of the Los Angeles Community College District, alleging that the Free Speech policy violated his First and Fourteenth Amendment rights. The Defendants moved to dismiss the complaint for failure to state a claim for lack of standing, Eleventh Amendment immunity, and qualified immunity. On January 17, 2018, the District Court for the Central District of California denied the Defendants’ motion in part, finding that Shaw had adequately stated a claim, but that officials were shielded from monetary damages through qualified immunity. On February 22, 2019, the case settled after the Los Angeles Community College Board of Trustees agreed to alter its speech policy by opening up all main areas on Pierce College to student expression and to pay Shaw $225,000 in attorneys’ fees.