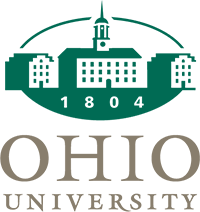 Plaintiff Isaac Smith was a member of a student organization, Students Defending Students, which represented Ohio University students who were facing disciplinary hearings before campus tribunals. The members of the organization wore shirts which included the sentence “We get you off for free” as part of the design. Although the shirt designs had been approved by the Student Senate, the plaintiff and his fellow members were told by a university administrator “I don’t want to see you wearing those again” because the message was “inappropriate” and contained sexual innuendo. Concerned that this statement constituted an official directive from a university administrator, Plaintiff and his organization stopped wearing the shirts out of fear that a campus tribunal might view a decision to keep wearing them as a violation of the directive, potentially subjecting them to disciplinary proceedings themselves. Plaintiff brought suit against the defendant administrators under § 1983 for violation of their First and Fourteenth Amendment rights for both the individual directive to stop wearing the shirts, and also facially challenged the university’s Conduct code as a violation of their First Amendment and due process rights. Plaintiff and the University reached a settlement under which the university agreed to pay Plaintif $6,000 in damages, $26,000 in attorneys’ fees, and to issue a revised Student Code of Conduct policy.