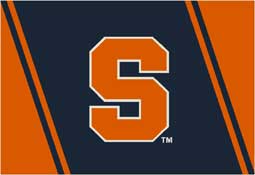 On March 30, 2018, prospective members pledging the Theta Tau fraternity at Syracuse University participated in a “roast” or a “satirical skit” in front of the entire fraternity. During the skits, participants used racial and ethnic slurs; took an oath swearing to have to have hate in their hearts for blacks, Latinos and Jews; and simulated non-consensual homosexual acts on a person pretending to be disabled in order to mock older members of the fraternity. The skits were recorded and posted onto the fraternity’s private Facebook page. On April 18, 2018, an unidentified individual accessed the Facebook group and recorded two videos of the event. He then provided the videos to University officials, as well as The Daily Orange, the University’s independent student newspaper. The Daily Orange published the videos on April 18, 2018 and April 21, 2018, which led to national media attention.

On April 18, 2018, the day the first video was published, the Director of the Office of Student Rights and Responsibilities informed the chapter that it was suspended from the University. Additionally, the Chancellor of the University sent a campus-wide email condemning the conduct depicted in the video as “extremely racist, anti-Semitic, homophobic, racist, sexist, and hostile to people with disabilities.” On April 21, 2018, the University sent a letter to eighteen of the participants, charging them with various violations of the University’s Code of Conduct. The students were placed on quasi-suspension, and were unable to attend classes or take finals. The University then instituted disciplinary hearings against the students, and, on June 5, 2018 found the students responsible for various violations of the Code of Conduct. The students were suspended from the University for between one and two years.

On April 24, 2018, nine of the suspended students filed suit against the University and its administrators, alleging breach of contract, violation of an implied duty of good faith and fair dealings, violation of the Plaintiff’s contractually protected First Amendment rights, and defamation.  On April 23, 2019, five of the Plaintiff’s voluntarily dismissed all claims against the University without prejudice. The case is currently pending in the United District Court for the Northern District of New York.