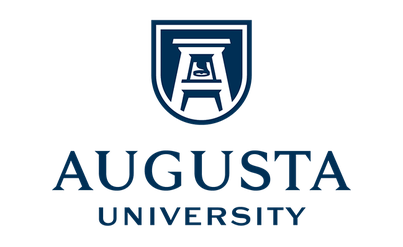 Jennifer Keeton was a graduate student enrolled in the Counselor Education Program at Augusta State University and sought to obtain a degree in school counseling. Keeton was Christian, and believed that homosexuality is “lifestyle, not a state of being.” During her first year in the program she expressed the belief that the LGBTQ population suffered from “identity confusion,” and that she would attempt to “convert students from being homosexual to heterosexual,” or refer them to a conversion therapist. She additionally stated that she would find it hard to work with LGBTQ populations, since she could not separate her personal view on the immorality of homosexuality from her clients’ views. Additionally, when a faculty member asked what she would do if a tenth grade student came to her questioning his sexual orientation, Keeton responded that she would say that it “was not okay to be gay.”

In order to maintain its accreditation from the Council for Accreditation of Counseling and Related Educational, Augusta State University must adhere to the American Counseling Association’s Code of Ethics. The Code states in part that counselors must “respect the dignity” of all clients, be aware of their own values, attitudes, beliefs, and behaviors and avoid imposing values that are inconsistent with counseling goals,” “gain knowledge and personal awareness, sensitivity, and skills pertinent to working with a diverse client population,” and must refrain from engaging in “discrimination based on … sexual orientation.” University officials determined that Keeton intended to violate several provisions of the Code due to her religious beliefs. As such, the University informed Keeton that in order to participate in the program’s clinical practice, which was a requirement for graduation, she would have to complete a remedial course where she would learn to comply with the ACA code and work with LGBTQ populations. The course included a requirement that she attend three workshops that focused on communicating with LGBTQ clients, read ten peer-reviewed articled about counseling LGBTQ populations, increase her exposure to LGBTQ populations by attending events, familiarize herself with LGBTQ counseling issues, and submit a two page reflection paper every month to her advisor.

Keeton initially agreed to participate in the program, but then decided to withdraw from the course. On July 21, 2010, Keeton filed a § 1983 action against University officials alleging that the requirement that she complete a remedial course violated her First Amendment free speech and free exercise rights. Keeton additionally filed a motion for a preliminary injunction to enjoin University officials from dismissing her from the program if she did not complete the remedial course. The U.S. District Court, Southern District of Georgia (Augusta) denied her motion for a preliminary injunction. The Eleventh Circuit Court of Appeals upheld the district court’s decision, holding that as the University’s program was a nonpublic forum, the University had

imposed reasonable, viewpoint neutral restrictions on Keeton’s speech that related to a legitimate pedagogical goal. On June 22, 2012, the District Court for the Southern District of Georgia, Augusta division, granted the Defendants’ motion to dismiss the complaint for failure to state a claim on which relief could be granted.