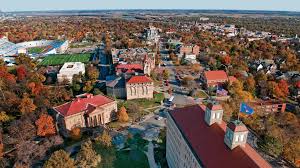 David Guth is a tenured professor of journalism at the University of Kansas. After the mass shooting at Navy Yard in Washington, DC in 2013, Guth tweeted: “#NavyYardShooting The blood is on the hands of the #NRA. Next time, let it be YOUR sons and daughters. Shame on you. May God damn you.” He received a “near-immediate suspension” and was placed on indefinite leave. The punishment came after conservative members of the Kansas State Legislature called for his removal. Guth “accepted his suspension” and appears to have returned to teaching.